The Demands of Theatre 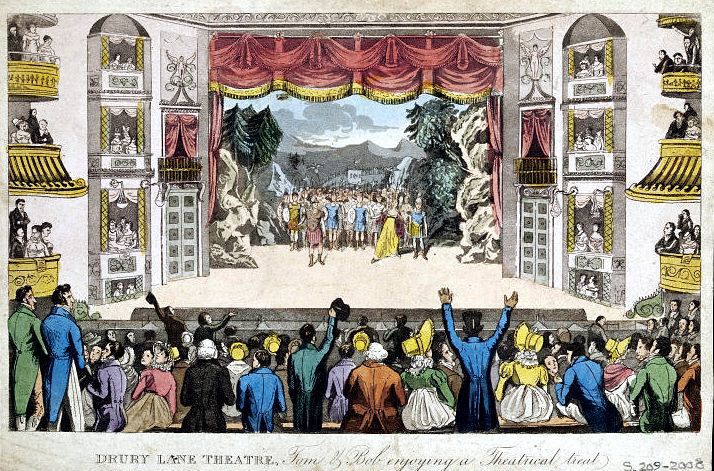 I have to confess to a certain falling out of love with theatre in recent years. It might well actually more be a case of theatre falling out of love with me - or, as in any faltering relationship, a series of many complicated factors. And it might be a relationship that ultimately can be saved, or not. Watch this space. But certainly, I know that things like the Theatre Charter are a major cause of the kind of rage and hurt that leads theatre and me to scream and shout and sulk at each other.

Theatre Charter is an online campaign to improve audience behaviour. Its starting point is the accursed mobile phone ring, but it boils over into a shopping list of complaints: audiences daring to have unruly bladders, the unwrapping of sweets and consumption of other foodstuffs that the theatre has inconsiderately sold to its patrons, people laughing, shuffling, generally being sat too close to each other, that kind of thing. Basically, the paradox of those who would probably actually be much happier watching TV on their own accusing everybody else of behaving like they are watching TV on their own.

I once wrote a mischievous piece in this vein actually, a parody of an automated 'Please Turn Off Your Mobile Phone' announcement:

Sorry! The embed should be here, but Soundcloud has some issues these days…. will fix! Watch this space!

It was performed by Charlotte Asprey and played as the prologue to a Miniaturists show at the Arcola a few years back. A flavour, if you don't fancy listening:

Or getting increasingly bombastic:

[as the rant progresses, a cacophony of ringtones rises up…]

I could labour this simple misanthropic body-hating point a lot further - but maybe there's something deeper going on here. Disruption is disruption, and yes, a phone going off at a moment of complete focus is annoying - and as disruptive to the actual phoneowner as much as everybody else, but there's more to the charter than this.

The Theatre Charter undersigned apparently promise to "be quiet and still after lights down," and to "never leave the performance unless for medical or emergency reasons." If you are bored, etiquette permits you to leave discreetly at the interval apparently.

Why is the complaint of these guardians of theatre behaviour not that the stupidly high price of their ticket inhibits their enjoyment? Why do they never propose that the show on stage should be so vitally, viscerally engaging that an audience member would be so desperate to stay that only the most dire medical emergency would drag them kicking and screaming from the auditorium? Voting with my feet is a right that I would have thought an expensive theatre ticket has bought you?

Now, you don't have to make a song and dance of leaving because as I said, disruption is disruption (no tapping along of your feet to the show tunes, by the way - a genuine complaint I once saw on a discussion board).

But what is so wrong with letting the theatre makers know that they've blown it? Yes, they might be working hard (and not at all phoning it in), yes a lot of people put a lot of effort into this. But they got it wrong, sorry. And I, humble theatre audience member, have actually also invested time and money and effort into being at this show, and I think they should know.

Something that also apparently irritates a commenter on the Theatre Charter page: 'premature applauding, where a meaningful silences should prevail for a little longer.' Sorry, who the hell is dictating how long that silence should last, then? I've seen many a director start the applause to break a silence that they know in their hearts is because they failed to craft a piece with a satisfying, and thus obvious end. Come to that, I've also had many an actor tell me about how they gleefully start a 'round' for themselves from the wings as they leave the stage.

I'm on a bombastic roll here, so I'm going to suggest that this is all indicative of a kind of Stockholm Syndrome of the modern theatre audience - too scared to boo, protest, demand more or do anything other than acquiesce, applaud politely. To do anything other than accept the re-treads and the Hollywood tie-ins and the shows that say nothing much about our lives. Or let a handful of mostly middle-aged, mostly middle-class, mostly middle-men decide upon the hierarchy of these shows and makers and players. It's a deeply asymmetric power relationship between the theatre makers and the audience. And I'm sick of it.

I think this all bothers me so much because I believe it completely erodes the power of the medium itself. The most affecting, powerful performances of anything I have ever seen simply demanded the attention of the audience and got it, to the point where those around could have been doing any damn thing they liked, I would not have noticed. The reverse is also true, the tens, possibly hundreds of shows I have sat through where I have been painfully aware of the auditorium.

Theatre that requires an audience to concentrate is probably blurry and unfocused. Theatre that requires silence is a show that could probably play as equally well in an empty auditorium as a full one, and probably deserves to. And theatre that requires me to behave properly to be allowed into its presence? Well, it can fuck off, to be honest. Sorry, theatre. I'd like to say: it's not you, I'm just going through some big life changes… but if you carry on in this direction - yeah, it's you.