Since 2003 I have written professionally for all kinds of contexts - prose, plays, short plays, short films, online and offline games and educational projects. Currently working on a collection of short stories... 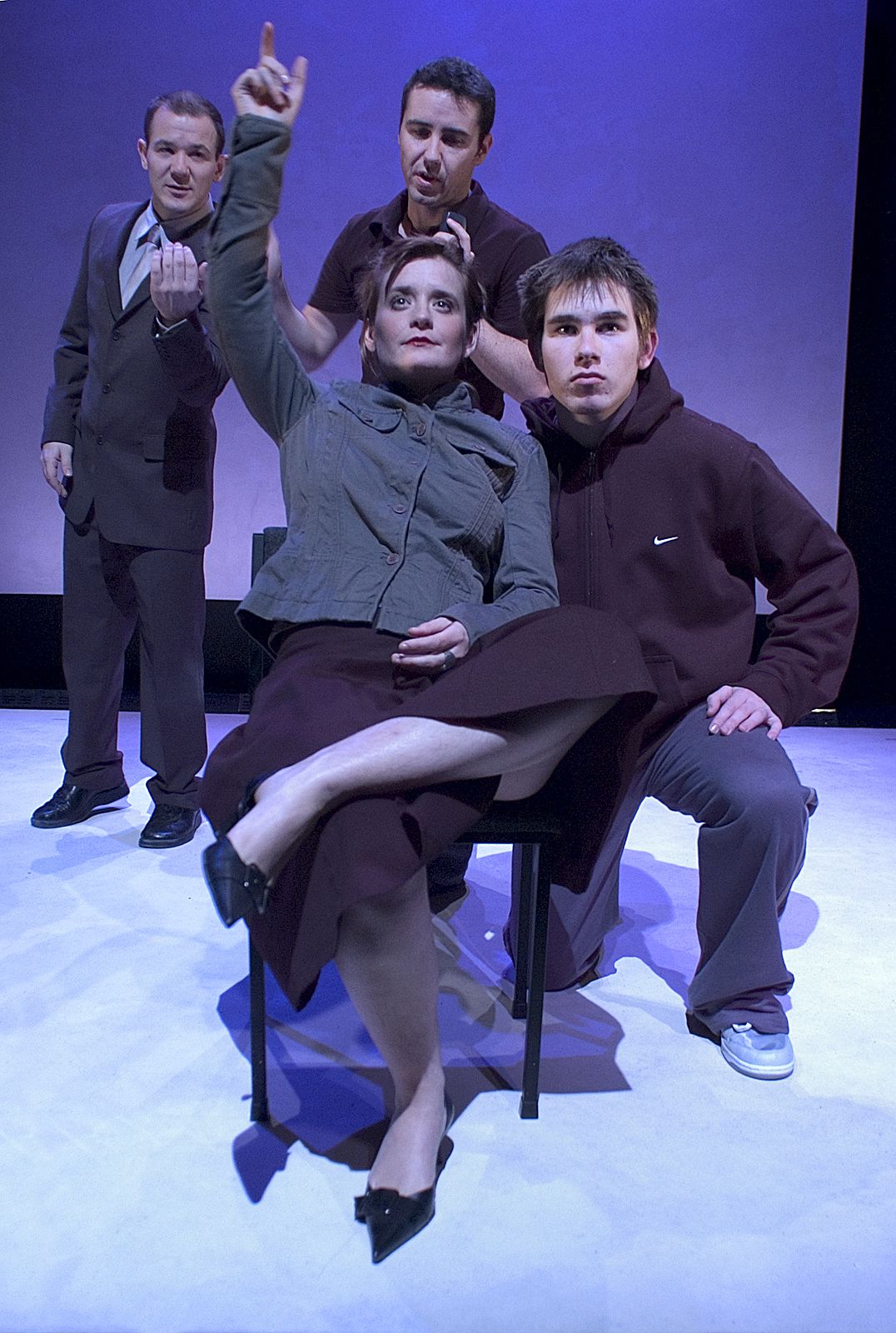 On Blindness was produced by Paines Plough, Graeae and Frantic Assembly at the Soho Theatre, London in February 2004, and it subsequently toured to the West Yorkshire Playhouse, Leeds, and the Birmingham Rep. It was directed by Vicky Featherstone, Scott Graham, Stephen Hoggett and Jenny Sealey, and in addition to Scott and Stephen, the cast included Mat Fraser, Jo McInnes, David Sands and Karina Jones. It was designed by Julian Crouch, sound designed by Nick Powell, and lit by Natasha Chivers.

Edward and Shona both work in audio description for the visually impaired. Repressed Edward has a date with a blind woman, while Shona is going to unveil a surprise nude portrait of herself to her boyfriend.

This was my first professional commission, following a short version of the play I had written for Paines Plough and Graeae for one of their regular Wild Lunch readings. The main body of the play involves two scenes taking place simultaneously in space, while in different locations dramatically. This was inspired by the Venturers’ Theatre Company, an amateur-pro theatre company whose performers were visually impaired. They would stage very trad drawing-room comedies, but this meant there was a certain stilted choreography that went with the staging as they negotiated chaise-lounges, french windows, and so on. This meant the play was written with a lot of choreography of characters in terms of how the two stories reasonated against each other.

Ironically, for a play with this title, it depends a lot on visual information. It’s not something I’ve entirely reconciled myself. Dealing as it did with sexuality and visual culture as well, it is a fairly explicit text. I was a bit surprised by how much the combination of disability and sex did seem to press a few buttons critically (but maybe I was a bit naive about how they might), and the reactions to the play ran a whole range. Which is always more interesting.

The script was published by Methuen and can be found by clicking here, and I was interviewed about it in this.

“Glyn Cannon’s beautifully written play … exquisitely enjoyable and thought tickling … cutting edge theatre does not get much better than this ….” Aleks Sierz, The Stage